As of Support Pack 7 the use of HTML content for Inspections and Inspection Questions was introduced. This allows the configuration of more contextual information and instructions to be provided to end users. This functionality also allows for the inclusion of images content.

BlueWorx uniquely identified each image and only downloads it to the device once per image. So if you had 10 Work Orders, all with the same Inspection and Questions, and one of the Questions contained an image, then only one image will move between SAP and the device.

In the same scenario as above, if half way through processing the inspections the administrator changed the inspection image related to the 5 un-started inspections, then a new image for that question would go to the device.

The quality of the images, which relates to its size, is determined by an BlueWorx Administration setting. See Administration Settings Tab > Inspections for details on this.

The content, including images, can be maintained for different languages. 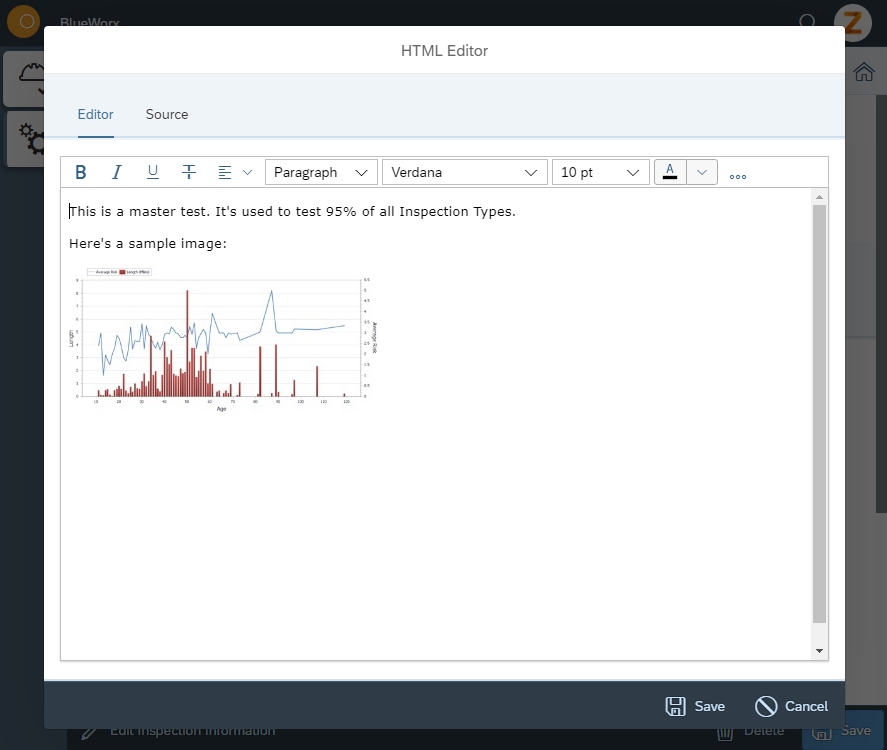 Here's how it looks on test execution: 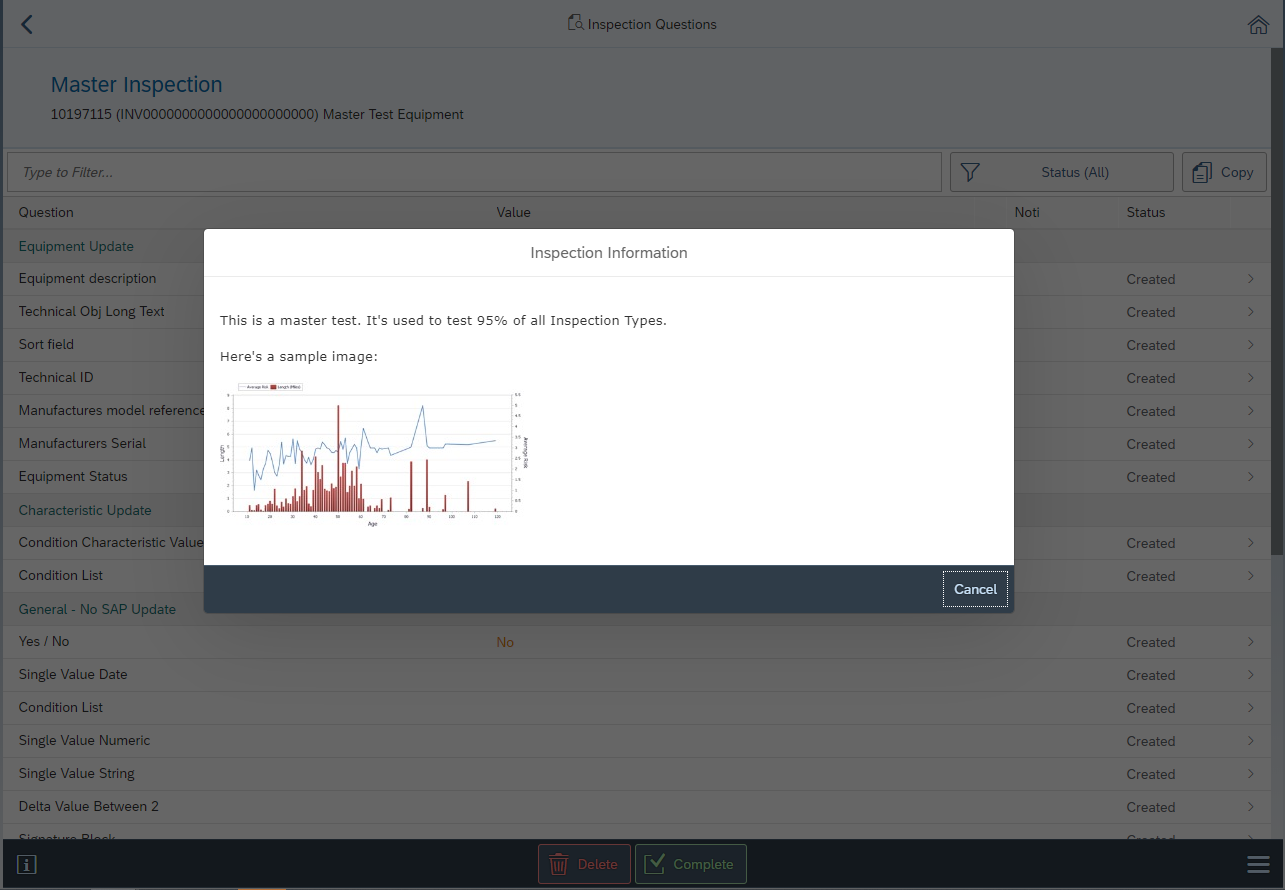 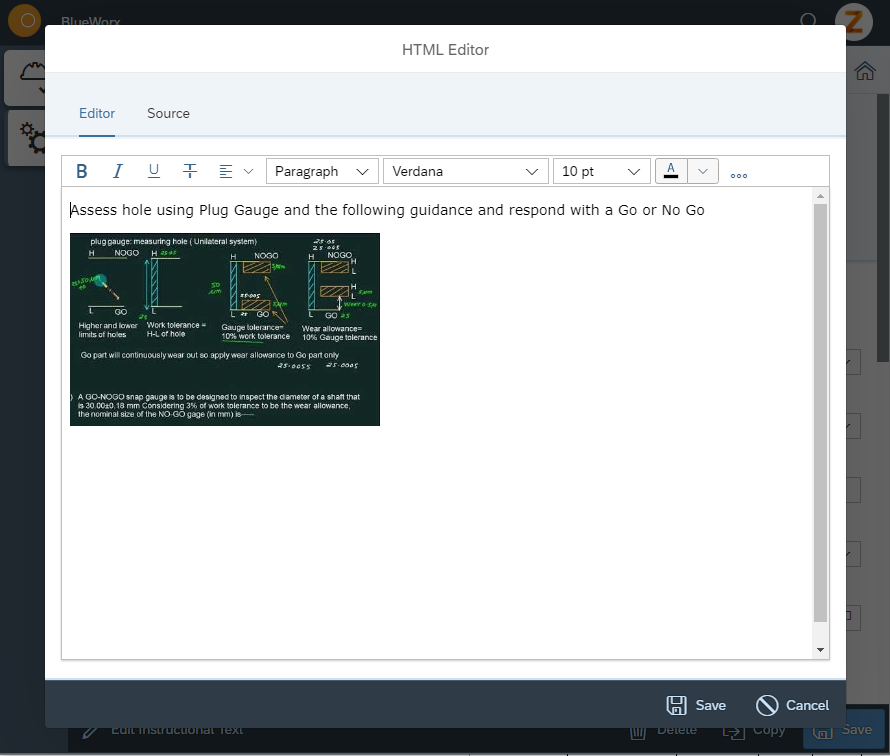 And here's how it looks on test execution: 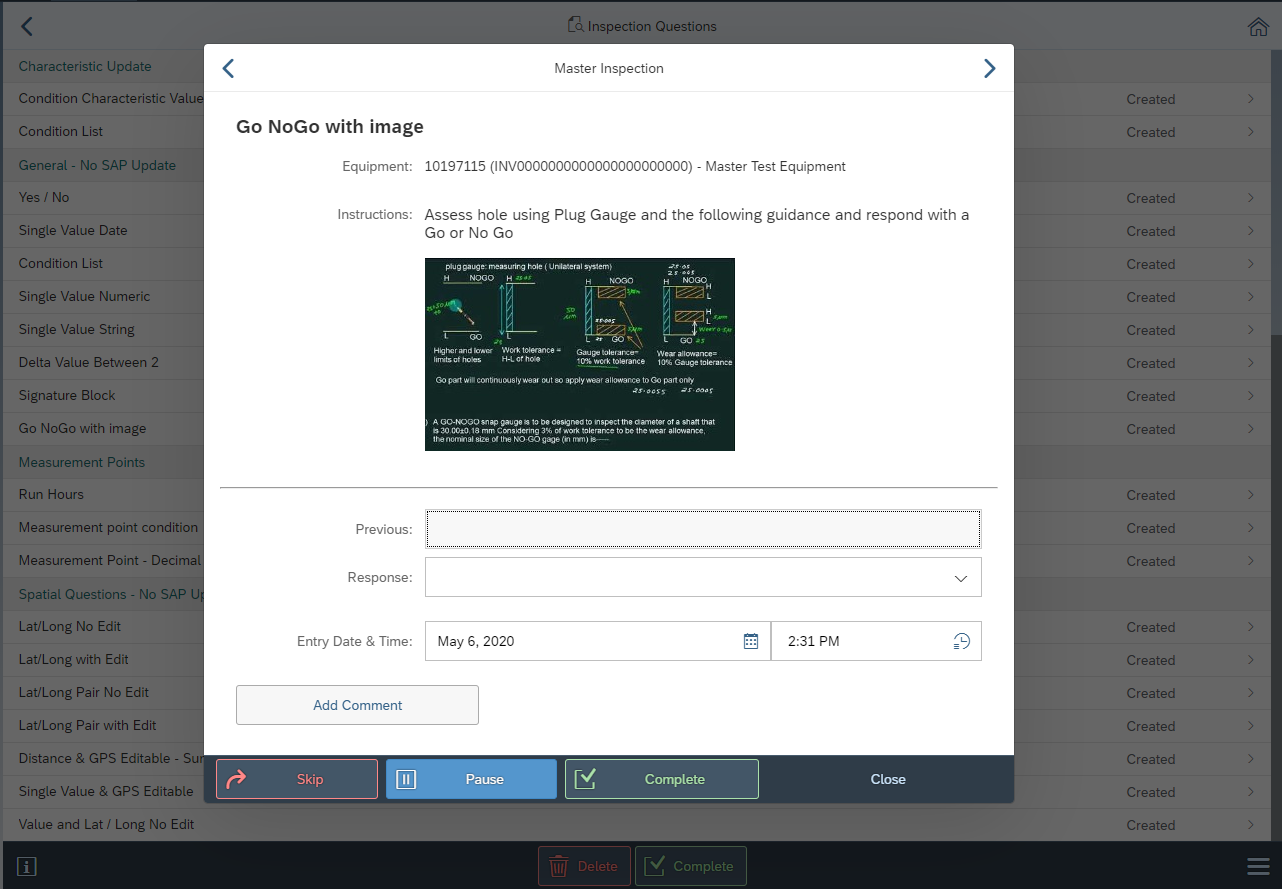