Exporting and importing Inspections using XML files is a feature delivered in Support Pack 12. Unlike the export using csv files, which exports all objects in independent csv files, the xml export is specific to one or more Inspections and exports/ imports all associated Inspections objects. This includes:

The following is an illustration of this page/ tab:

The following screen fields and controls are defined, where not documented they are considered self explanatory or are explained elsewhere:

On selection of a file to import a screen is displayed that shows the various objects to import. Examples of these are provided below. For all sections: 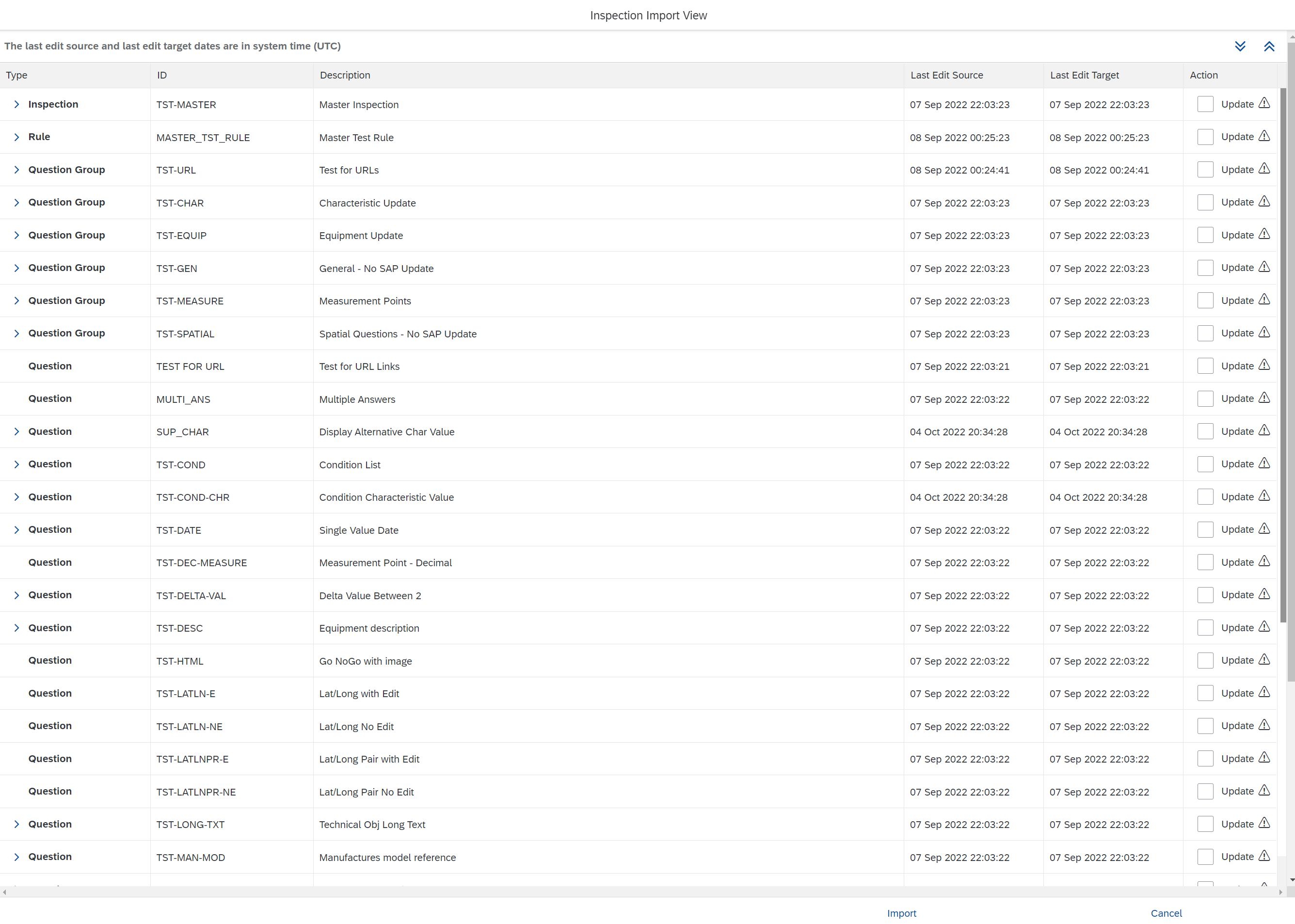