started a topic almost 3 years ago

We frequently upgrade out development systems to the latest and greatest Neptune Planet 8 versions as they are released by Neptune Software.  Typically these go exceptionally smoothly, but on occasion we need to note down a couple of items so that the upgrade of next system is free of issues.  As BlueWorx is built on Neptune, the notes we make have value to our BlueWorx family who also upgrade Neptune Planet 8 frequently.

Neptune advised that the original change (in 5.3.5) was made to address a rare run time error.  The fix is to roll back that change.  We have not experienced the run time error since making the change many weeks ago, however the regression can result in information loss and is not intermittent.  Note that this is a designer issue and doesn't impact applications which have not had changes made in the designer.  My recommendation is to roll back the change as below.

Modify include /NEPTUNE//DESIGNER_F06 form MODELS_GET_DATA as shown in the image below in the REPLACE block. 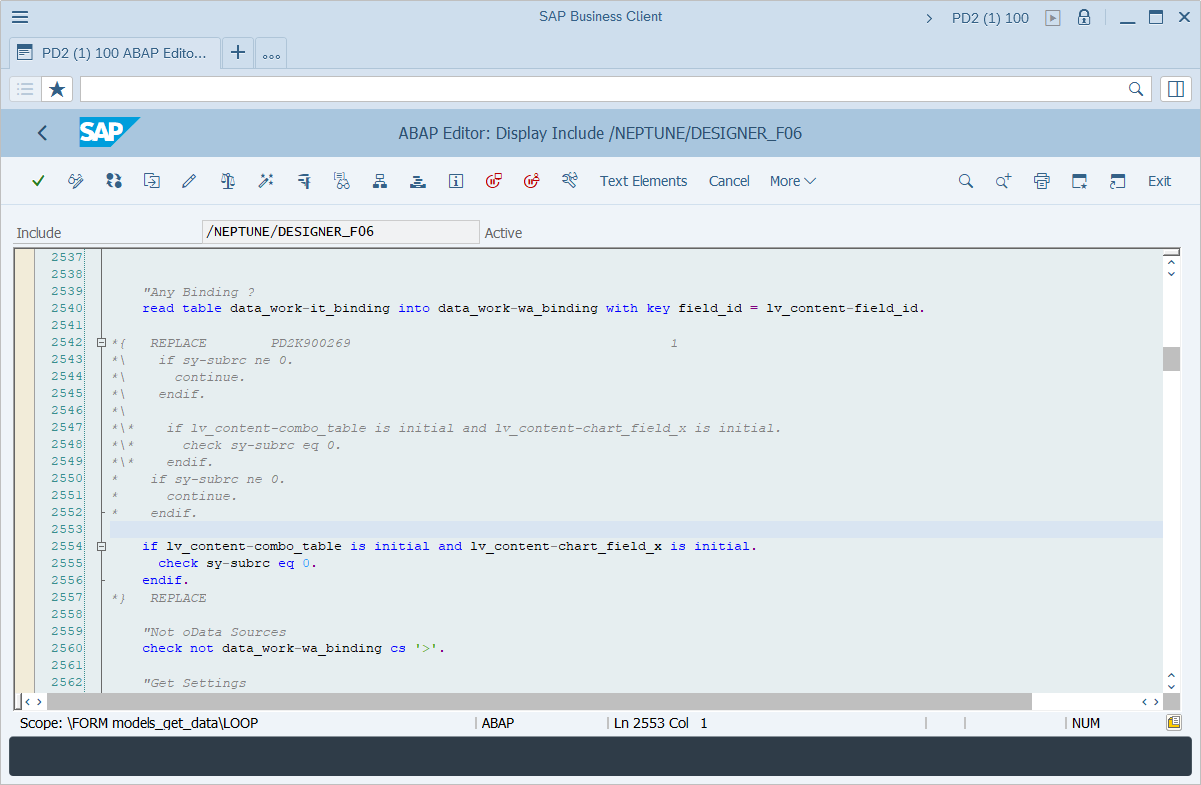 Neptune responded to these issues promptly.  If you find an issue with your Neptune install they provide excellent support.